Stan Brock has devoted over half his life to the football field.

Stan played his high school football at Portland’s Jesuit High School. As an offensive tackle he was one of the most highly-recruited linemen in the country and played his college football at the University of Colorado where he was selected as a First Team All-American in 1979. He was also chosen to the All Big Eight First Team that year.

In the 1980 NFL draft Stan was selected 12th overall by the New Orleans Saints.

He played 13-seasons with the Saints before finishing his career with the San Diego Chargers. He was on the 1995 Chargers team that played in Super Bowl XXIX. Stan retired from the NFL after 16-seasons where he missed a total of only 11 games.

Brock then made the leap from player to coach.

He was named the head coach of the AFL’s Portland Forest Dragons in 1997. He also coached the AFL’s Los Angeles Avengers.

After the AFL, Brock spent 5-years as the offensive line coach at Army, and was named head coach in 2007, leading the Cadets until 2009.

Stan is married and has four daughters. 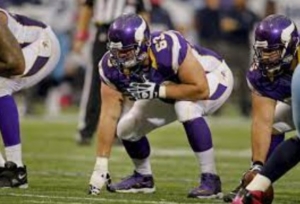 Mark played for several teams during his 4-year NFL career including the Minnesota Vikings, Buffalo Bills and New York Giants.

Mark played his college football at the University of Oregon and participated in a bowl game every year he attended school in Eugene.

Because of his ability to play any position on the offensive line, Mark has the distinction of being the only OL in NFL history to snap the ball to Eli Manning, Peyton Manning and Tom Brady. 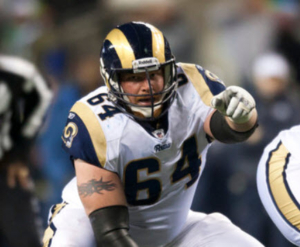 Jeff played his college ball of the University of Washington before being drafted by the Los Angeles Rams in 1991.

Jeff spent several years with the Rams as an OL before moving on the the Atlanta Falcons in 1995.

Jeff currently makes his home in the Pacific Northwest. 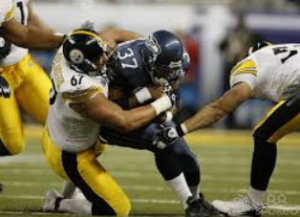 Kimo is a product of the Hawaiian islands who took his talents to the mainland and played his college football at Boise State.

During his NFL career he played for the Cincinnati Bengals, Pittsburgh Steelers, NY Jets and Philadelphia Eagles.  He won a Super with the Steelers in (SB XL) against the Seattle Seahawks. 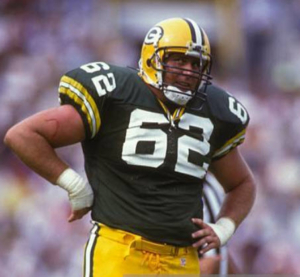 Matt is yet another of our coaches who played his college ball at the University of Oregon.

Matt was a third-round draft choice who played 6-seasons with the Green Bay Packers (1989-1994).  He played in 76 games, registering 13 sacks and one interception.

He is currently the defensive line coach at Tigard High School in Tigard, OR.

Trey was a 4-year starter at the University of Washington and a 2-time All Pac-12 1st Team selection as an offensive guard.

As both a sophomore and junior, Trey was considered a consensus #1 Draft pick in the NFL draft, but injuries during his senior year sidelined those plans.

In 2019, Trey signed a free agent contract with the Buffalo Bills, but decided to retire after just one-year and move back to his home in the Pacific Northwest.

Trey attended Trench Camp as both a junior and senior at Wenatchee High School and was named the camp’s outstanding player both years. 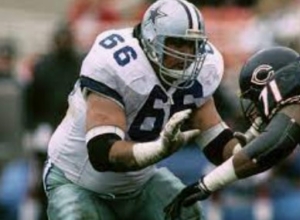 Kevin Gogan is truly a man among men, at 6’7” tall and 315 pounds, Gogan blasted holes for Emmett Smith as part of an offensive line for the Dallas Cowboys that features several Hall of Fame players.

Gogan was an All Pac-10 and All-American selection at the University of Washington before joining the Cowboys in 1987. He was part of a legendary Cowboys team that won 3 Super Bowls in 5-years. Gogan was on both teams that defeated the Buffalo Bills in Super Bowls XXVII and XXVIII. He earned All Pro honors in 1994, 1997 and 1998. Gogan played in a total of 213 games and started 179 of those. 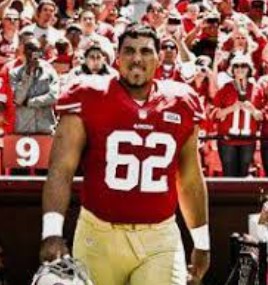 Jason was selected in the 6th Round of the 2012 NFL Draft by the San Fransisco 49er’s as an offensive tackle.  He also spent time that year with the Oakland Raiders.

Going into the draft, Jason was relatively unknown to NFL scouts until his Pro Day at Western Oregon University where he wowed the scouts with his physicality and footwork, eventually leading to his drafting by the 49er’s.

Jason also played in the AFL and CFL.